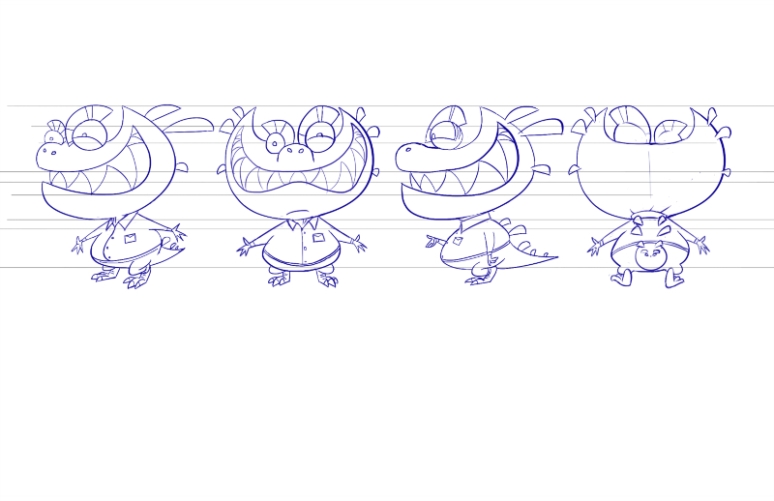 One of the perks (and there are MANY) of being an intern at Nickelodeon Animation was a 6 – week character design class with Joel Fajnor, the art director of “Kung-Fu Panda: Legends of Awesomeness“.

My peers and I were given a choice between designing a Horned-Toad Janitor or a Motorcycle-cop Cow.  I went with the Horned Toad! Here are some images that chronicle the creation of this character, from start to finish!

Assignment #1 was to complete 20 ruffs — each totally different from the last. The challenge was to keep in mind all the various principles of design — large/medium/small, straights against curves, basic shapes, etc. Like most of the class, I was only partially successful. Joel pointed out our tendency to “even things out” — for example — making the head the same size as the body — as was the case in my first pass at the above character. 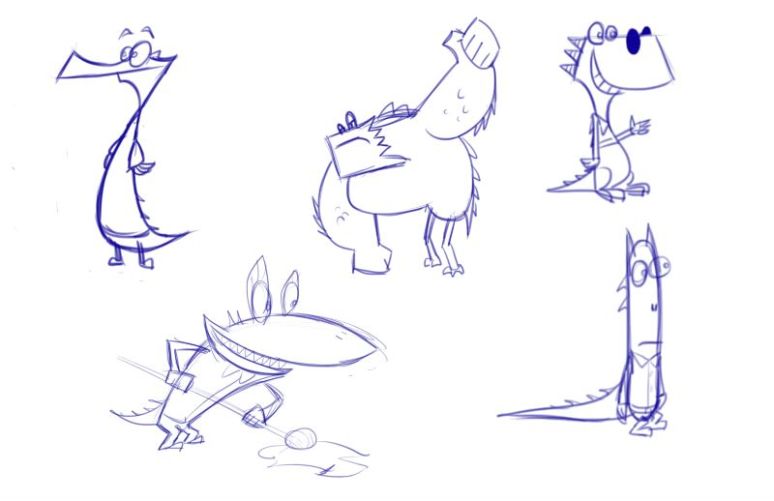 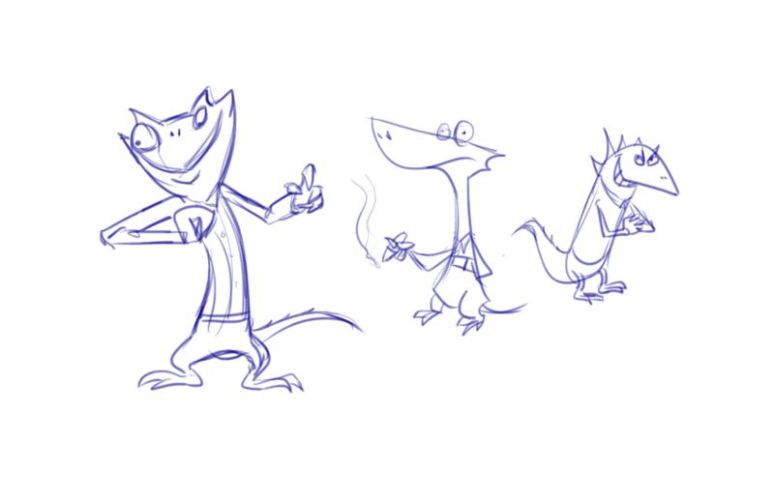 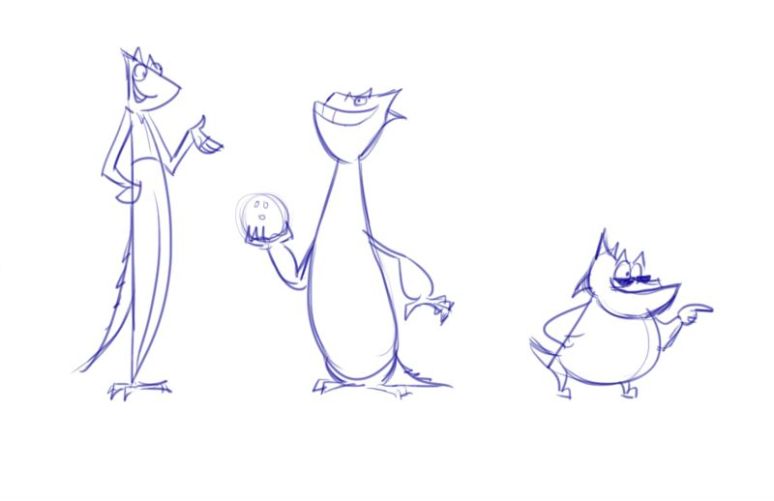 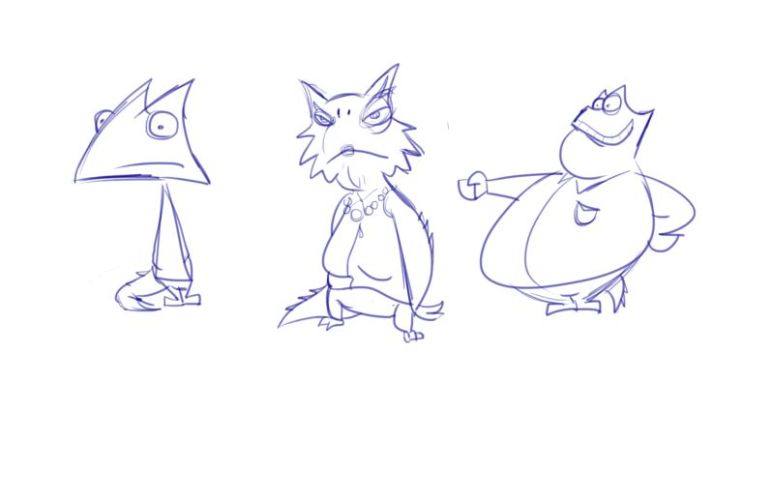 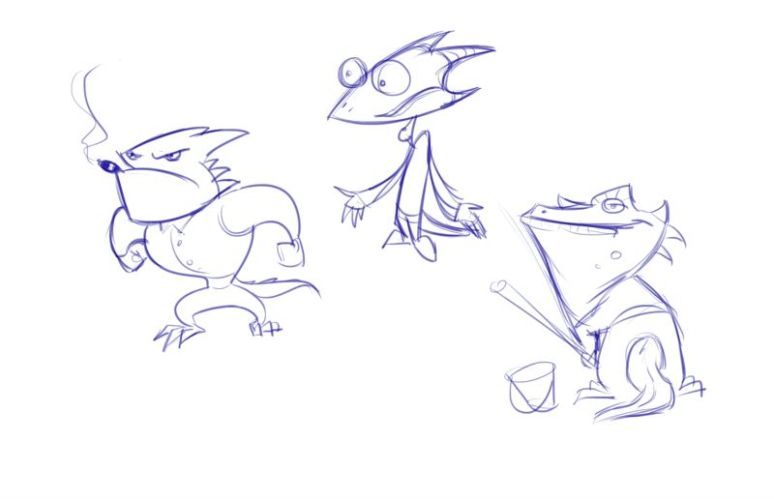 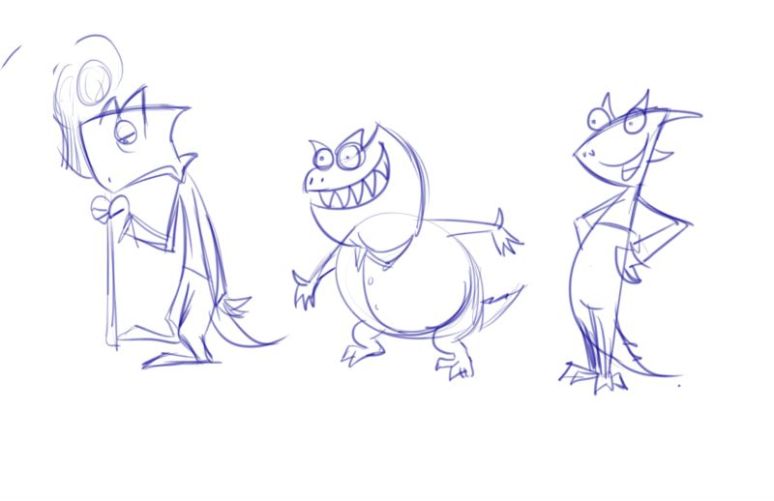 During class, Joel critiqued our designs. Mine were pretty much narrowed down to the three right above — which coincidentally happen to be the first three drawings I made. Hmmmm.. As you can see the fat one in the middle is the precursor to my final design — but he is too evenly proportioned. The next step was to make silhouettes of him, and try to push the design that way: 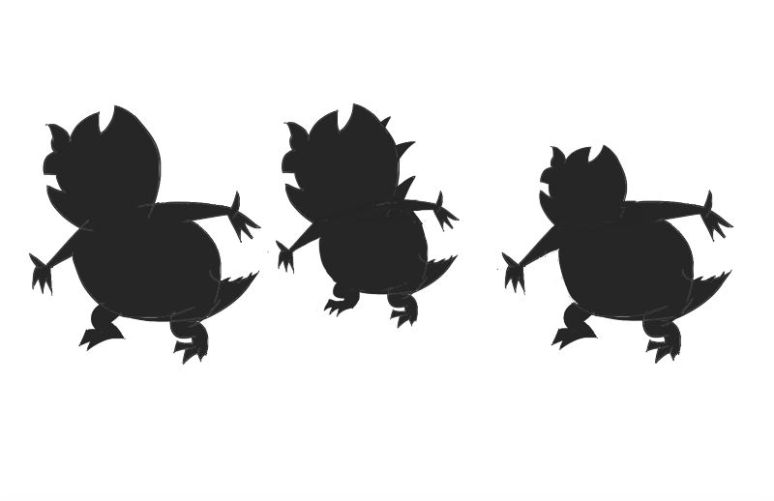 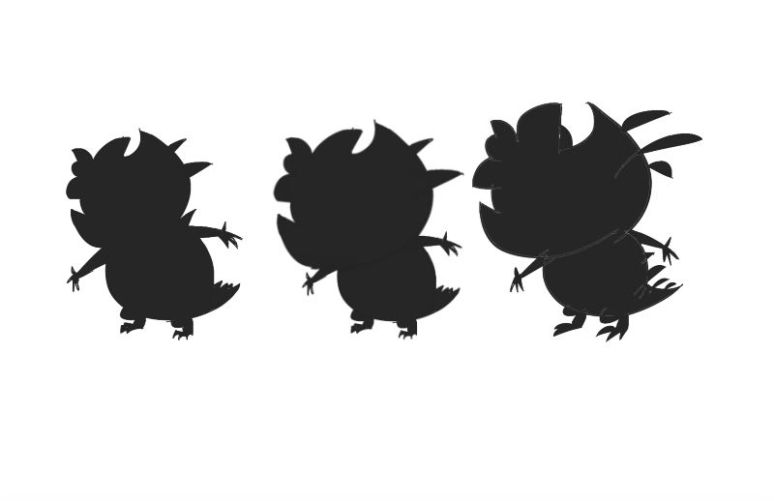 The Silo drawings make it PAINFULLY obvious how bland my first drawings actually were… this method proved to be invaluable…  I don’t think I would want to approach designing a character without going through a silhouette pass ever again.

The next job was to start on our turnarounds, which you saw. Finally, the last couple weeks of the class were devoted to developing extreme expressions and poses. The class selected a range of emotions that we would all draw:

3) Puppy just got run over by a steam-roller

So, below is my first pass at the expressions. 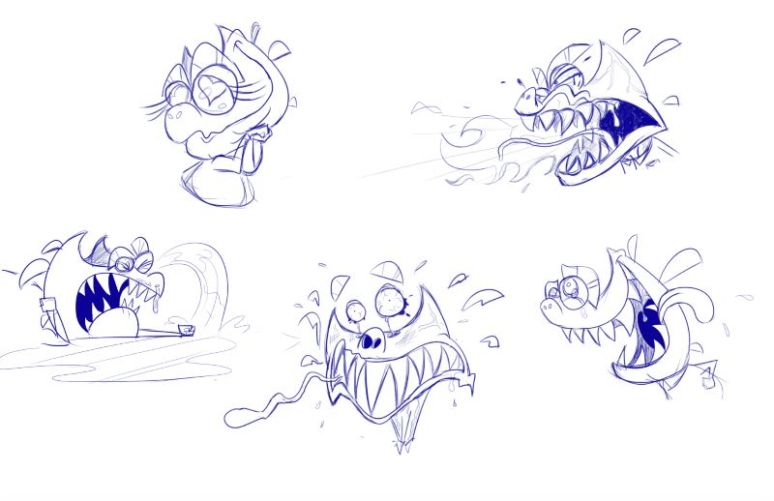 It seems laughable now, but when I first drew these they seemed pretty good. Joel complimented my drawings but told me I had not gone NEARLY far enough. So, below is my second pass: 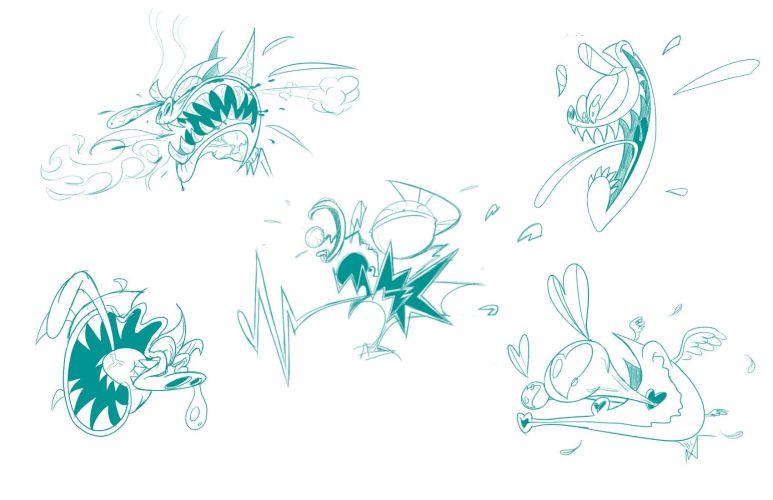 By this time, I was literally packing my bags to head back to Atlanta for school, so these were done in a big hurry. Joel pointed out that I was having trouble deciding whether or not my character was dimensional, or more in the flat style… I hadn’t thought about it, but he was right (of course). He liked how far I pushed some of them — but others he felt were beginning to get confusing.

Next up were the extreme poses.  This is a FIRST PASS… so I humbly admit, it’s pretty bad. Once this quarter is out I will spend some time finessing these and re-post. But for now — it would be a shame to leave out a part of the class! 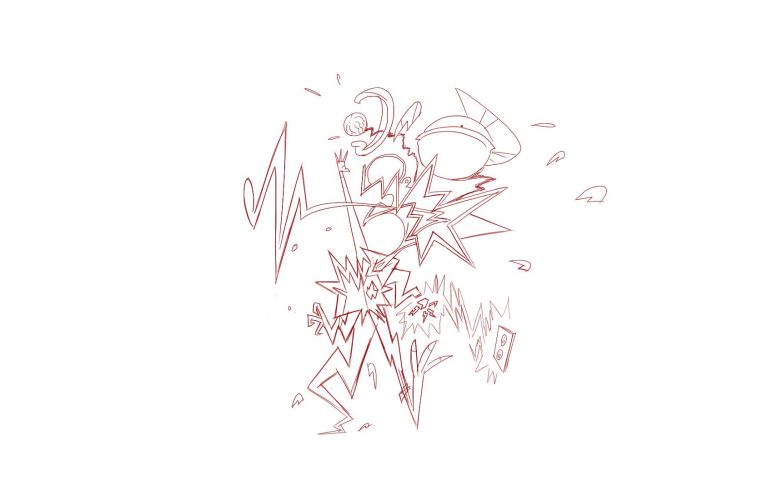 The 2,000,000,000 volt socket stayed on the list for the extreme poses. Notice that there’s no clear line of action, and the central part of the character is reall ambiguous. 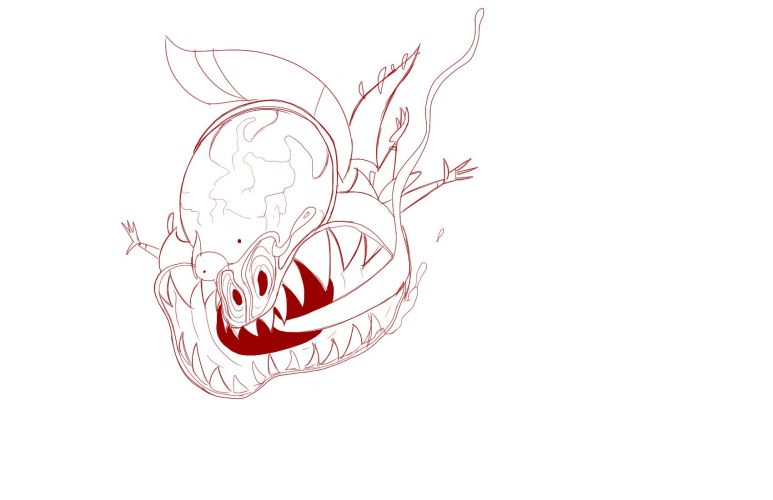 This is meant to be the character falling out of an airplane.  Just… not.. clear… 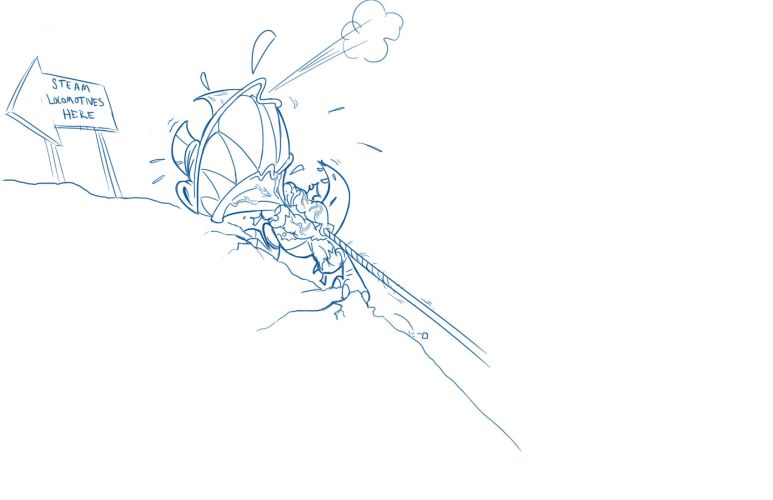 This is supposed to be the character pulling a 4-billion ton locomotive up a hill with nothing but a rope.  the line of action isn’t quiiite right, and Joel pointed out that the arms should be stretched longer — preferably to pull them outside of the silhouette.  When I look at this…. I see him straining but I don’t FEEL the pull of the locomotive… so I’ll be revisiting this along with the others.